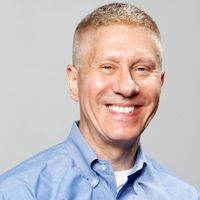 The Paul Gottschalk Memorial Lecture by Richard Rambuss “Milton, Spenser, Shakespeare, and Carnival—New Orleans Style” Thursday, November 21, 4:30 p.m. Guerlac Room, A.D. White House Literature may be far from mind now when one thinks of what’s billed as the greatest bacchanal in the US: Mardi Gras in New Orleans. Yet a learned deployment of English literature—especially Renaissance literature—played a structuring role in a denotatively Anglo-American endeavor to appropriate and “elevate” Carnival traditions in multicultural New Orleans. This lecture focuses on the all-male, secret society Carnival organizations founded in the mid- to late-nineteenth century, beginning with the Mystick Krewe of Comus (named after Milton’s masque), which innovated the elaborate, expensive public parades and private tableaux balls for which New Orleans Carnival has come to be known. The themes for their fanciful, erudite Mardi Gras pageantry were often derived from poetry and drama. This lecture reflects upon the performative afterlife of English Renaissance literature in an American context. But it does so outside the usual Northeastern purview to consider Milton, Spenser, and Shakespeare in the Deep South—in New Orleans, which (as Robert D. Abrahams puts it) “has provided alternative ways of thinking about almost everything in American life.” Richard Rambuss is chair of the English Department at Brown University, where he is Nicholas Brown Professor of Oratory and Belles Lettres. His teaching and writing travels back and forth between early modern literature and contemporary culture, especially film. Much of his interest in the old and the new turns on questions of gender and sexuality. He has published three books, most recently The English Poems of Richard Crashaw, the first new scholarly edition of this ecstatic seventeenth-century poet in fifty years. He has also just completed a manuscript on men and masculinity in extreme circumstances in the work of Stanley Kubrick, which is forthcoming from Fordham University Press. He is now working on a new book titled Mardi Gras Milton: The Golden Age of New Orleans Carnival and English Renaissance Literature. The Gottschalk Memorial Lecture was established in memory of Paul Gottschalk, Professor of English at Cornell, scholar of British Renaissance literature and author of "The Meanings of Hamlet" (1972). He died in 1977 at the age of 38. Reception to follow in the A.D. White House Free and open to the public For more information, visit english.cornell.edu/english-events, email creativewriting@cornell.edu or call 607.255.7847. The venues are wheelchair accessible and equipped with assistive listening technology. If you need accommodations to participate in these events, please contact us as soon as possible. Worried about parking? TCAT bus route 10 Commons-Cornell loop leaves Seneca Street station every 12 minutes on Thursday afternoons until 6:16p.m. and stops outside Klarman/Goldwin Smith Halls. After 6:16p.m., Route 10 runs every 24 minutes. Last trip from campus to downtown is at 7:28p.m. The cash fare for a single ride is $1.50. This event is presented by the Department of English / Creative Writing Program at Cornell University