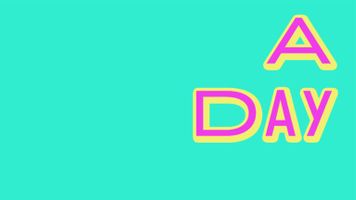 The Cherry presents the English-language première of "A Day" by Québecoise writer Gabrielle Chapdelaine. In a grand collaboration with the State Theatre of Ithaca, four actors will perform live from multi-camera green-screen booths, their performances mixed in real time with recorded video to create a sophisticated and surprising landscape of 24 seemingly ordinary hours. "A Day" is translated by Taylor Barrett Gaines; performances are directed by Wendy Dann, and video mise en scène is directed by Cherry Artistic Director Samuel Buggeln. This strange, funny, and tender new play will star Ithaca favorites, Karl Gregory, Jahmar Ortiz, Erica Steinhagen, and Sylvie Yntema. These four mysteriously connected characters guide one another through the obstacles large and small that must be overcome in order to get through an ordinary day. The unexpected and ever-evolving structure of A Day lends itself beautifully to complexly mixed video, and this production will be presented in live video stream. In its original language as Une Journée, the play received the 2018 Gratien-Gélinas prize for best new play. All performances are at 7:30PM. Dates: Fri, Nov 13 Sat, Nov 14 Thu, Nov 19 Fri, Nov 20 Sat, Nov 21 "A Day" tickets: bit.ly/ADayTickets Cherry Season Subscription: bit.ly/CherrySubscription Cherry Membership: bit.ly/CherryMembership "A Day" is made possible with support from the Cultural Services of the Québec Government Office in New York.