Black Joe Lewis On Chasing, Living And Playing The Blues

Like so many musicians during the pandemic, bluesman Black Joe Lewis asked himself, "What now?"

Growing weary of the industry, and having faced the challenges of touring during the beginning of the pandemic, Lewis and his band, The Honeybears, returned to his hometown of Austin amidst a slew of cancellation calls.

When a buddy called him up to offer a gig in construction work, he didn't hesitate. After releasing four albums of soul-stepping, hip-swinging tunes and building a dedicated fan base in Austin, he traded in his cowboy hat for a hard hat. This was a new type of gig, with early rising and power saws instead of late nights and electric guitars, something Lewis says "many wimpy musicians would never do."

"They think they're above that work," he says.

You can hear the pride and his belief in the dignity of labor. It's what the blues are all about, working through the grind. Through those 12-bar songs, hard work is tied to humanity. With guttural growls, Lewis' music proves that he's always lived a life of hard work.

Calling from his back porch in Austin, comfortable in a fuzzy, navy bathrobe, Lewis pieces together the way his consciousness and life experiences have untethered his identity from the expected image of a Black man — what he should sound like, listen to and be. The bluesman reflects on his early musical moments as a Black youth in 1990s Austin. He remembers when a friend found Soundgarden in his Walkman and told him to "turn that white boy s*** off."

He also heard the voice of his father, "an old schooler" warning him: "Don't listen to that rap s***." A fan of Prince and Rick James — "the brothers who played instruments" — his old man claimed that rap was a talentless prison pipeline, and a "conspiracy to get Black boys to kill each other." So, Lewis had separate record sets: one with Nirvana, Alice In Chains and Iggy Pop, and the other with '90s southern hip-hop legends Eightball and MJG. Despite constant berating, he didn't turn any of his music off.

"[Today's] Black youth are more open minded," he says. "You see dudes riding skateboards and playing guitar, when in the past they would be called gay and get beat up. It's cool to see that, nowadays, the kids aren't feeling like they can't listen to things other than rap. And not everyone is trying to rap anymore. It wasn't like that back then."

Lewis laughs off these memories, though they reveal a racialized experience of music.

Being well-versed in the greats has never been universally appealing to the young. They don't seek or listen to music made 70 years ago. "White people are more into preserving the past and having respect for the dudes who came before," Lewis says. "The Black youth are all like, 'Nah, that's old.' " The musician notes that young Black kids don't seek out old music. "Unless their elders expose them to it, [...] no one is seeking out the blues," he says. "They want the new stuff. It's definitely a cultural thing."

Despite that, when he was 19 years old and working a shift at his pawn shop job, Lewis picked up a guitar and started playing around with it. He learned to play on his own, jamming with friends and chasing the blues sound all the while. "The blues were formative during my early years of playing," he says. "I knew I wanted to sound like that."

When he started to pick up gigs, he would compensate for his novice playing skills with stand-up comedy, cussing people out and making them laugh. "My buddy would make me watch these crazy-ass comedy skits. One of these characters is a Black man cussing at people. I got the idea from listening to Richard Pryor's stand-ups on vinyl," Lewis recalls. "I would copy his impersonation of his grandfather and the room would die laughing. The first band I had was called Black Joe Lewis and Cool Breeze, a character from one of Pryor's skits."

Lewis' stage name, Black Joe, is a reference to "Old Black Joe," a song penned by the controversial American songwriter Stephen Foster. His songs were known for evoking slave narratives and plantation music. On a friend's suggestion, Lewis decided to take the name "Black Joe" in order to reclaim the blues and center blackness. Through bluesy, gritty wails, Lewis steps onto the stage with his cowboy hat, chains and Jordans, an artist of his own history.

The genre is more than music. It speaks to a life of hardship and back-breaking labor. Having worked at a pawn shop, fast food joint and now construction, Lewis can authentically speak to being a contemporary working man. After a series of crazy bosses and crews dropping like flies, he's on his third construction job. He's found a solid crew to run machines and grind through 12 hour shifts with. On top of that, the security of seeing his kid everyday and creating a home makes him realize that "stiffin' it ain't that bad" after all.

Black Joe Lewis is still busy working construction, but he will be playing some tour dates this summer and fall. 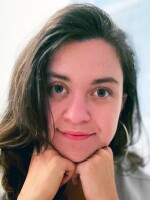 Mira Kaplan
Mira Kaplan is a Boston-born and Philly-based freelance writer. With a background in Urban Studies and Art History, her work lies at the intersection of music, art and community engagement. Whether creating soundscapes from traffic noise or photographing pink things in public spaces, curiosity drives her storytelling.
See stories by Mira Kaplan