"Black Radio: Telling Like It Was" 25th Anniversary Sundays at 10AM

Black Radio: Telling It Like It Was is the story of radio’s role in the 20th century transformation of the African American community. First aired in 1996, the specials have been reformatted into six hours for 2021. Original host Lou Rawls guides us, with new narration from original producer Jacquie Gales Webb. Through interviews, historical airchecks, comedy, drama, and music, the series reveals the remarkable correlation between milestones of Black radio programming and African American culture. Among other topics the series explores the role of radio during the great migration of Blacks from the South, trail-blazing Black DJs and stations, and Black radio during the Civil Rights movement.  The program airs each week through  April 11 on WRUR, Different Radio, Sundays at 10AM. This week: Jack Cooper's popular program in Chicago debuted in 1929; he helped pioneer the DJ format and was the first to air news and sports coverage for Black audiences. Al Benson came to Chicago from Mississippi in the '30s, and gave voice to the culture of the street. In the second part of the hour, we head to Memphis, Tennessee, where WDIA's earliest announcers included B.B. King. WDIA was the first station to have all-Black on-air talent. 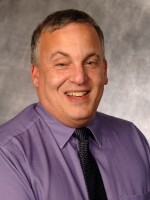 Michael Black
I was born in Fairmont, West Virginia, and grew up mostly in and around the Rochester area. I got my radio start at WBKT at Brockport High school as a sophomore, and was its station manager in my senior year in high school. I had caught the radio & TV bug. While in high school, I started working for the local commercial station in town (WWBK/WJBT). While attending SUNY Brockport, I helped build WBSU-FM, and started as an intern for WXXI-TV. I started working for WXXI in the broadcast operations area, and eventually became an online television editor. In 1985, I took a position at WHYY in Philadelphia in their engineering department, working primarily as a video editor, but also provided audio support for TV productions and for some radio productions, including NPR's Fresh Air.
See stories by Michael Black